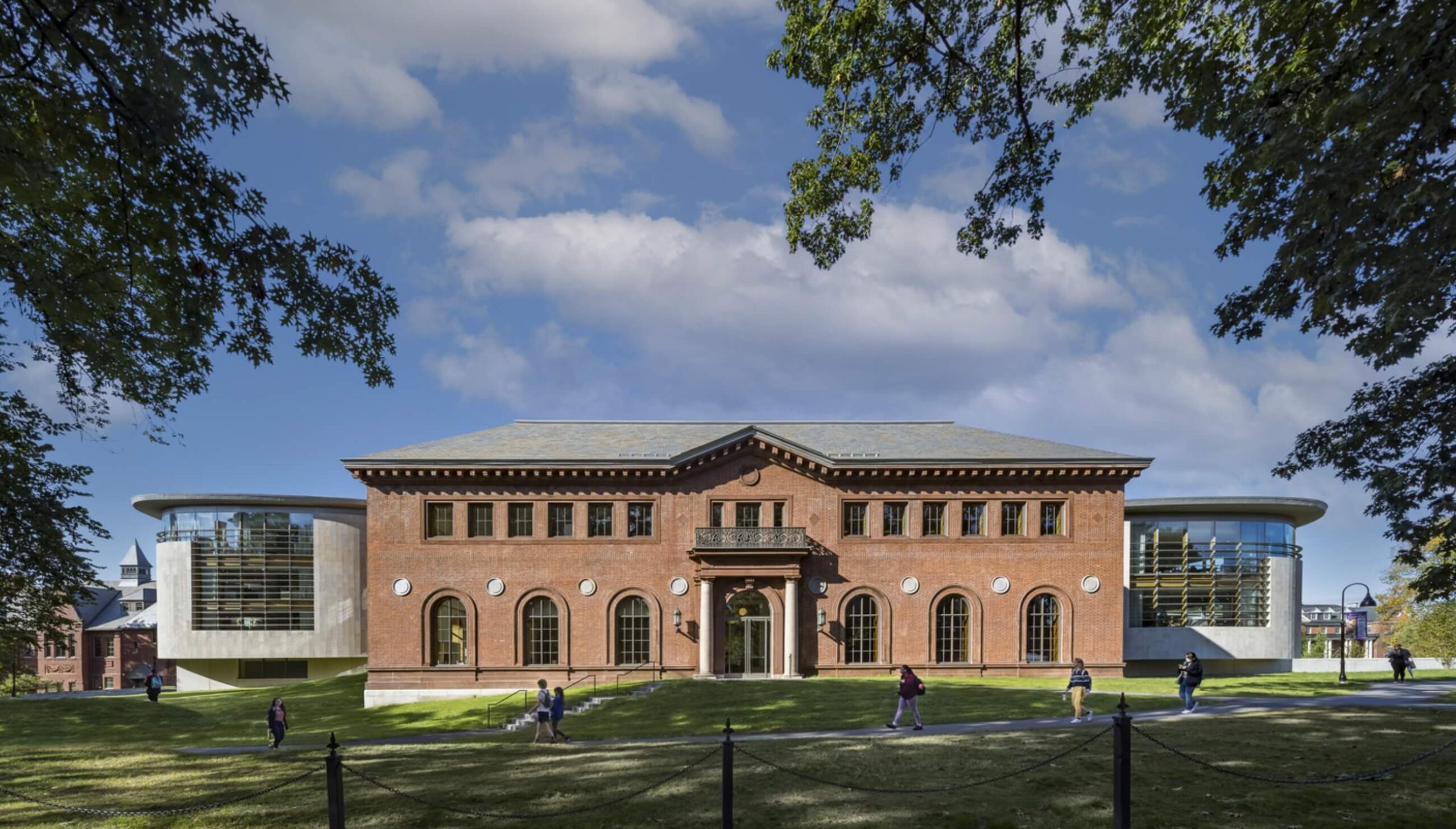 Jewel of the campus

We are proud to be the executive architect of the transformative new Neilson Library, designed by Maya Lin Studio with Bialosky and Partners. Prior to the designer being chosen, we worked closely with the college to create the program for the new library. This collaboration transforms the historic Neilson Library into a lively intellectual hub that revitalizes the heart of the Smith campus.

The Neilson Library has seen several incremental expansions and additions since opening its doors in 1909, which has resulted in a series of dysfunctional spaces. The library provides 151,000 sf of new and renovated spaces to create a Library that is equipped for mid-21st century learning, research, and exploration. The project represents Smith College’s largest capital project of the decade, and its first on-campus library renovation since 1982. 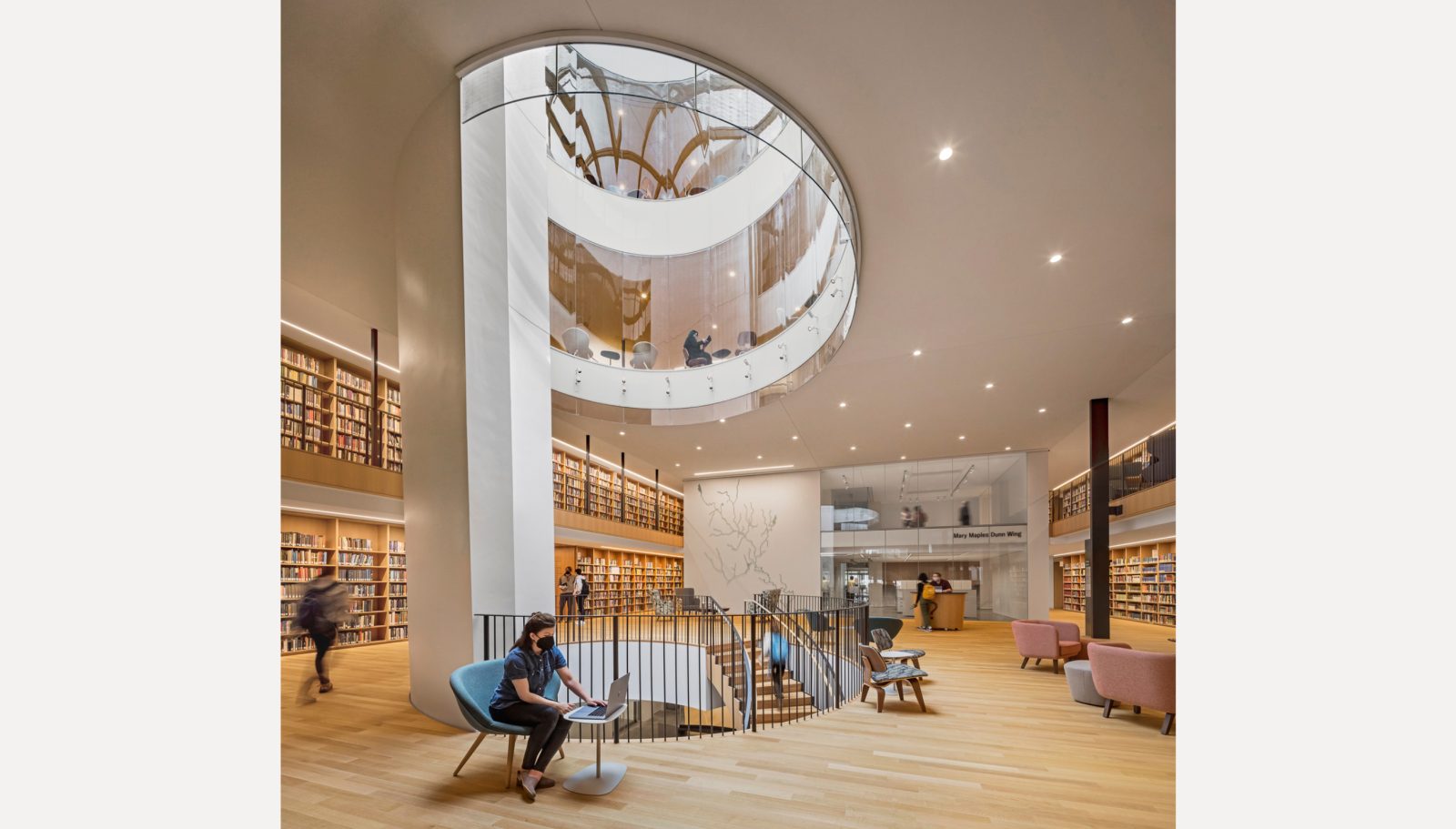 The Neilson Library was designed to be the most energy efficient library with special collections in North America. Sustainability features include a high-performance building envelope, advanced daylighting strategies, and materials that promote health and wellness by not containing harmful chemicals. The library has the ability to become an ‘all-electric’ building when Smith College is ready to take that step. The project was leveraged to prompt manufacturers to create healthier and more sustainable building materials, and is LEED Gold Certified. 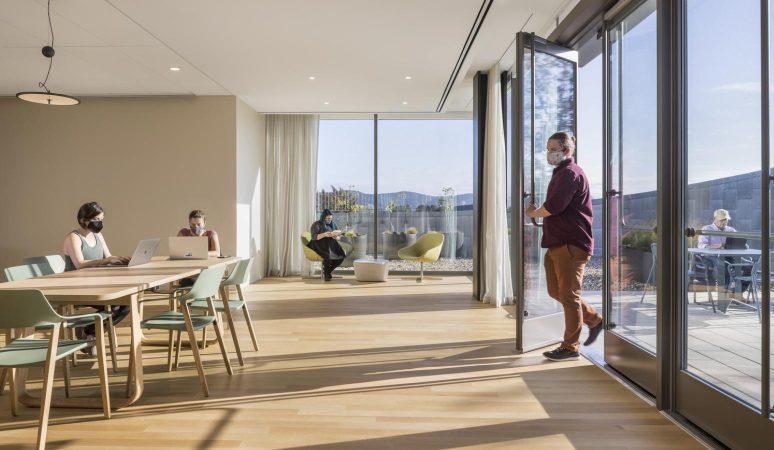 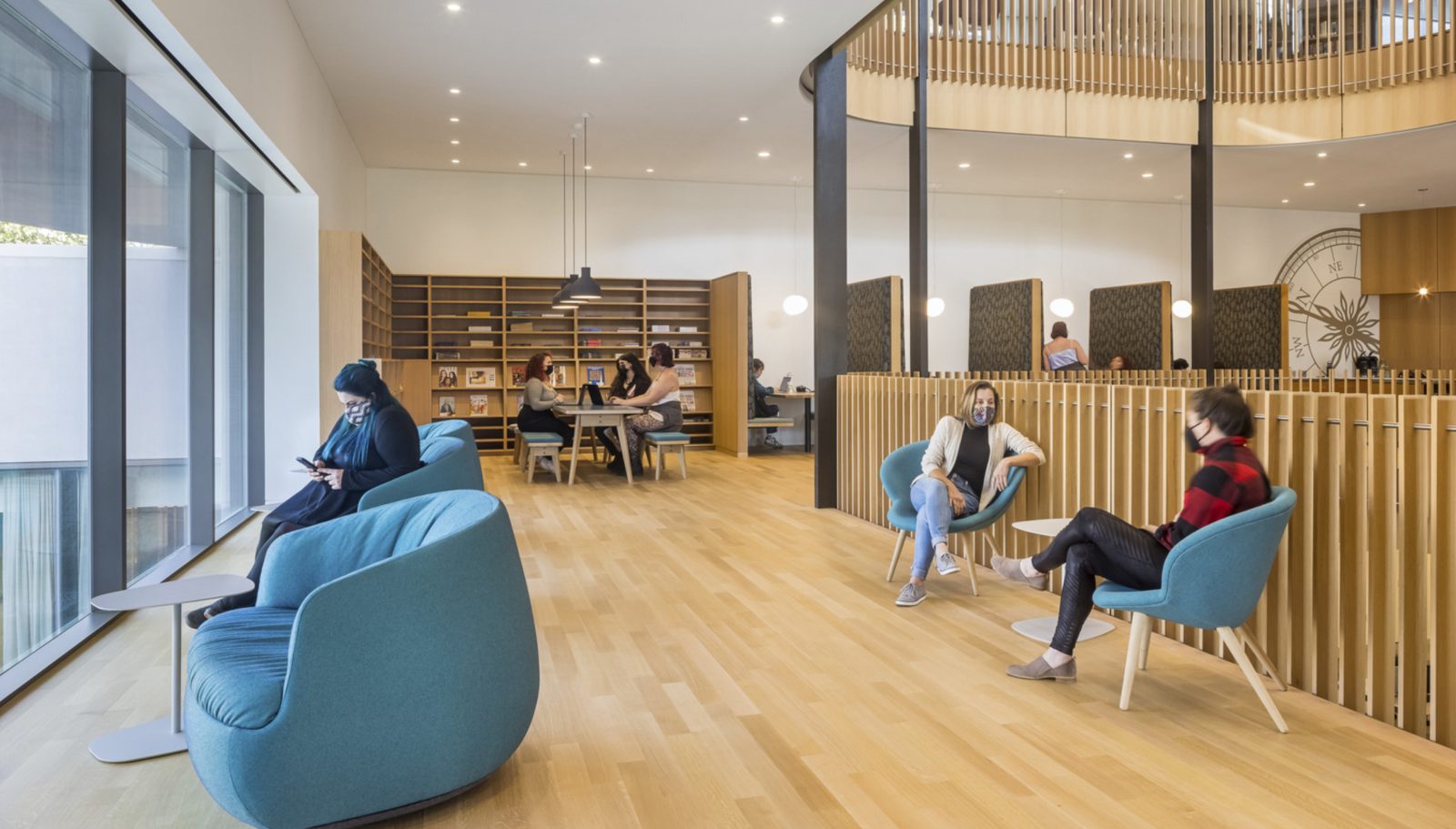